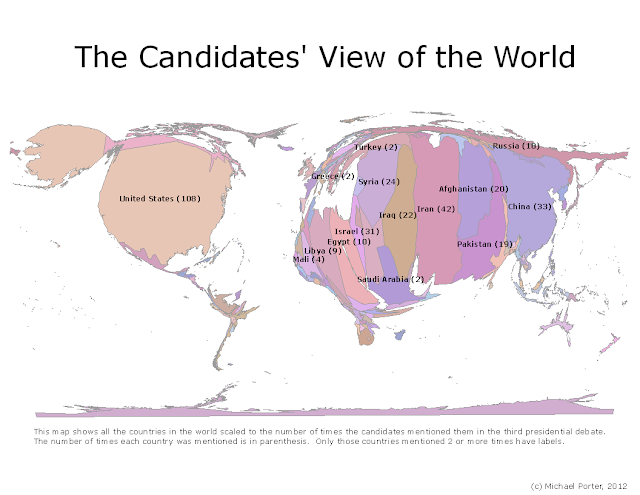 Cartogram of the world, showing the number of times various countries around the globe were mentioned by the candidates in the 3rd Presidential Election this week.  Very nice map by Michael Porter, one of CUNY’s own, and now a health geographer heading up the GIS unit at a major NYC agency.

So we find ourselves now in the home stretch leading up to the US Presidential Elections, and I would like to share with you some of the clever and informative election theme maps that have been making the rounds.

Interactive change-the-scenario maps
The first series of maps are interactive, where you, the map viewer, can change the map by altering the scenarios for the electoral votes by state.

http://projects.wsj.com/campaign2012/maps/#r=pres&v=states
The Wall Street Journal – shows important “issues” in each state, as well as whether Obama- or Romney-leaning

http://www.cnn.com/ELECTION/2012/ecalculator#?battleground
CNN You can create your own map looking at different scenarios in the battleground states

http://elections.huffingtonpost.com/2012/romney-vs-obama-electoral-map#cartogram
Huffington Post, same interactive deal as the others, the second link showing a “cartogram” (really a sort of a proportional symbol map)

The Historical Perspective
One thing that strikes me as I look back on the history of Presidential election results is the extreme closeness of most races.  It seems that the 50-50 divide in our country is nothing new.  Most of the elections have been won by just a very small margin of the popular vote.  46% to 48%, etc., even one that was 48.4% to 48.6%.  What a squeaker!  There have been only a few landslides in the popular vote, such as Teddy Roosevelt’s 1904 election (56% to 37%), and FDR’s 1936 election (61% to 36%) and a few notable others, but generally the popular vote is only within a few percentage points, when there are two major candidates running.  In several elections, the insertion of a third party candidate has basically served as a spoiler for one or the other of the major party candidates.
Another interesting thing to look at is the cases when the popular vote is very, very close, within a percentage point or two, and yet, the electoral college map looks like a landslide for one party or the other.  And of course there are the famous times in our history when a candidate has won the popular vote but lost the electoral college vote, memorably with the Al Gore/George W race in 2000. 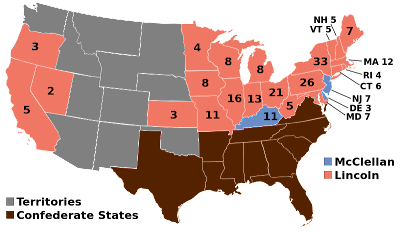 For the historical perspective, see
http://www.100bestwebsites.org/alt/evmaps/electoral-maps.htm
Maps of the electoral college results in US elections since 1789

Isarithmic history of the 2-party vote
http://dsparks.wordpress.com/2010/11/15/isarithmic-history-of-the-two-party-vote/
He uses county-level results to create the contours.  Check out the animated version showing election results from 1876 to 2008.  http://www.youtube.com/watch?v=k4h62jRiUcc&fmt=22 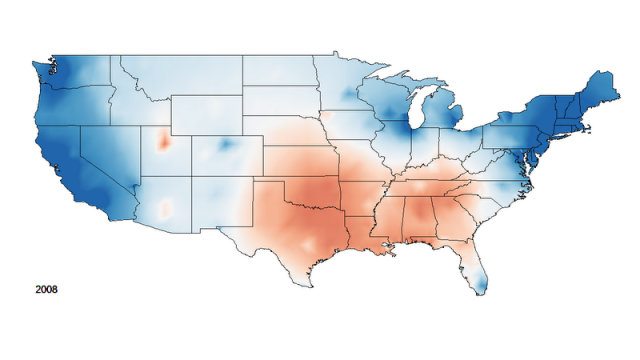 “Using county-level data, I spatially and temporally interpolated presidential vote returns for the two major party candidates in each election from 1920-2008. The result illuminates the sometimes gradual, sometimes rapid change in the geographic basis of presidential partisanship.”

http://dsparks.wordpress.com/2010/11/01/choropleth-maps-of-presidential-voting/
Here’s his take on the same election data, shown in choropleth maps.

The 2008 Election results
http://www-personal.umich.edu/~mejn/election/2008/
Interesting look at the 2008 election results, including some cartograms and clever use of color to indicate intensity of results. 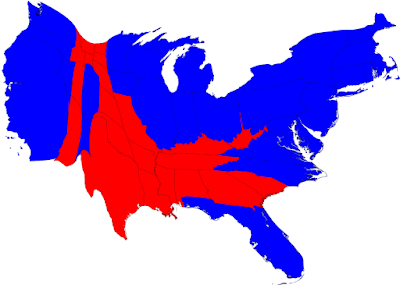 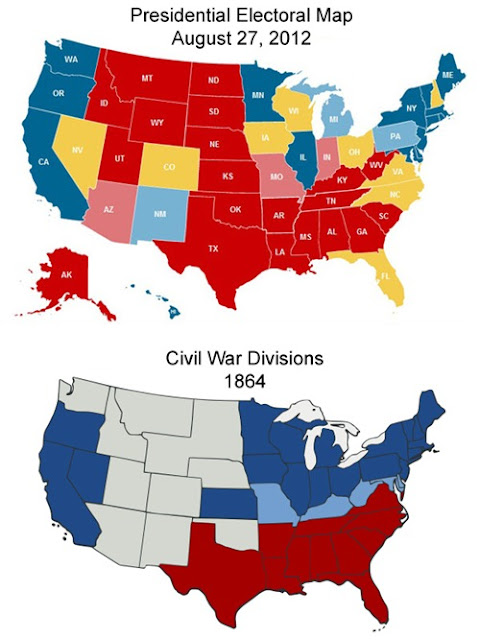 Electing a US President in Plain English
If you are as confused as many Americans are about how this whole electoral college thing works, here’s a good little animated video that explains it all “in plain English.”  All, that is, except for Nebraska and Maine, which don’t follow the rest of the states and are even more confusing, and I don’t think this video bothers to tackle those two anomalous states.  I like the cute cartoons of the states.
http://www.youtube.com/watch?v=ok_VQ8I7g6I&feature=related

Swing States
The rest of the electorate can just sit quietly and have a beer?  Haha!  Don't you believe it!  Everyone should get out to vote, even the so-called "safe" states. 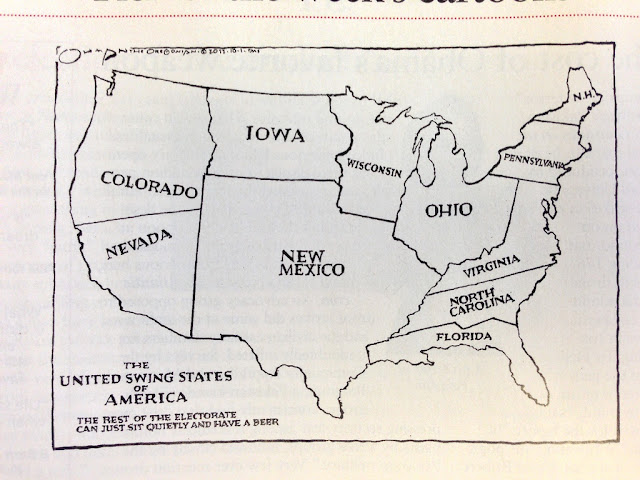 How the last four years affect YOU


This is not exactly a map, but it is an interactive report by town (based on zip code) for an accounting of how Obama administration policies have benefited your town.  It's pretty impressive, actually, and it seems would refute most of the hyperbole surrounding the "what has Obama actually accomplished?" and "are you better off than you were four years ago?" type questions.  Plug in your zip code at the website here to see for yourselves.  In addition to the zip code specific listing of accomplishments in energy, jobs, health care, taxes, small business, education, etc., there is also a map of your area with pins to designate sites where programs are directly linked to Obama Recovery Act policies and funding, and you can mouse over them and it will tell you how many jobs were directly created by each. www.barackobama.com/local 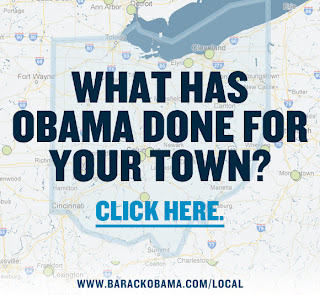 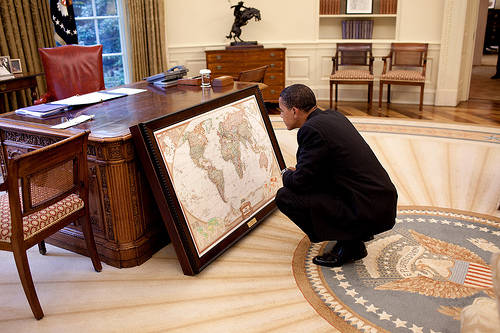 And here is our current (and future?) President, looking carefully at a world map, as all national leaders should be doing at least once a day.


Check out my current post (November 7th, 2012) on the actual post-election maps at http://geographer-at-large.blogspot.com/2012/11/how-obama-won-election.html

Email ThisBlogThis!Share to TwitterShare to FacebookShare to Pinterest
Labels: Election Maps, US President