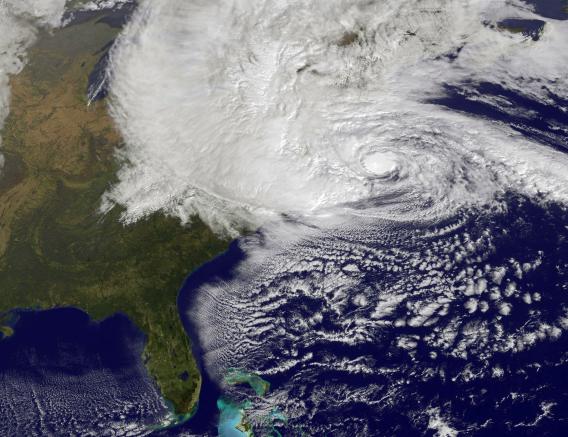 NASA’s GOES satellite image of the hurricane as of early this morning, October 29th

Greetings, everyone.  Well, with the wind howling around my windows, I wanted to post some links to some amazing visualizations of Hurricane Sandy that I just received.  (Thanks, Amy!)  Sandy has just made landfall, and some of you may even have already lost power, been flooded out, or have been pre-emptively evacuated.  Everyone please stay safe, and let’s hope for the best.  The emergency management people seem to have done a good job preparing for this storm-of-the-century, and so we will hopefully have minimal loss of life, although property damage is a whole other story. 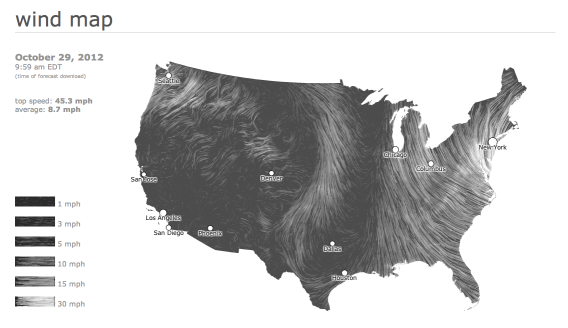 From the European perspective - How Sandy compares to Europe, (size-wise)  from BBC News http://www.bbc.co.uk/news/world-us-canada-20123703 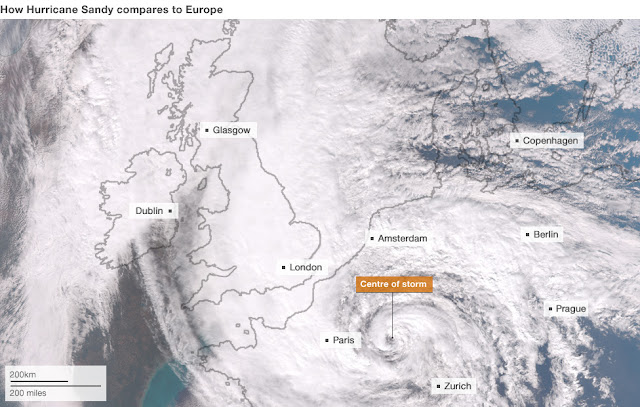 And, risk of flooding from Sandy, also from BBC News, via NOAA

Hurricane Sandy in perspective, taking up roughly one third of the US mainland. (but confusingly enough from this graphic, not located correctly on the map!  Just inserted in the middle of the continent for size comparison's sake!) 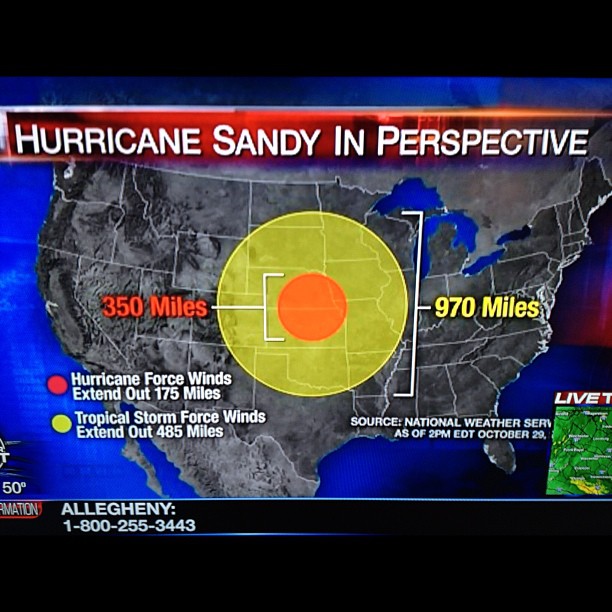 And check out these Before and After aerial photos of Sandy's destructive force along the New Jersey coast at http://www.abc.net.au/news/specials/hurricane-sandy-before-after-photos/
Thanks, Stephen Franciosa, for sending the link.