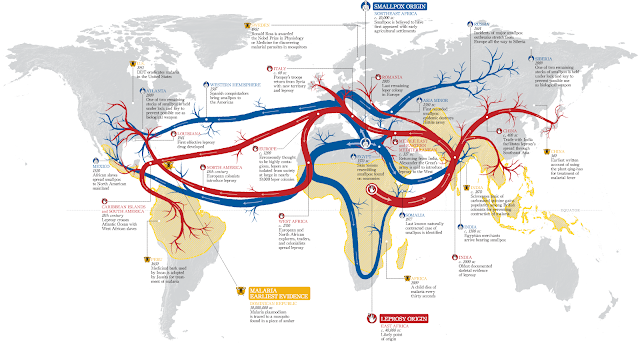 There is perhaps no more natural use of the flow-type thematic map than to show the spread of disease.  This map, by Haisam Hussein, shows the origins and pathways of some of the most historically common and deadly of the world’s diseases, especially those with a global reach.  From: http://www.laphamsquarterly.org/visual/maps/contagion.php (go there to see detail of map)
Smallpox, leprospy, and malaria are or were all widespread health problems for millions of people, for millennia, and it is fascinating to see how these diseases diffused across the oceans and continents over time.  Now-a-days, of course, contagious diseases have a much more rapid and far-reaching diffusion, due to higher rates of international travel, increased travel between well-populated and remote areas, and the prevalence of air travel.  A new disease can get from one continent to another in a matter of hours, and diseases that were relatively local in extent can now spread throughout the world.
We have probably all seen the maps of how the Black Plague was carried from Asia to Europe on ships, and major port cities were the ones that were affected first, in a kind of hierarchical diffusion.  Within weeks, however, the disease usually spread out from the port cities into increasingly smaller towns and villages, generally along trade routes overland, or secondary shipping routes to smaller ports. 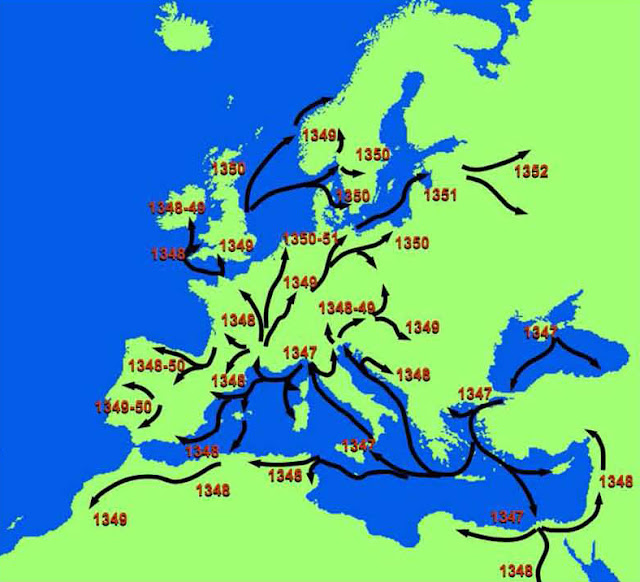 Trade ways in the 14th century
This is an abstract from a paper about the spread of the Plague in Sweden in the 14th century, showing just that sort of diffusion.
“GIS (Geographical Information Science) is used to describe and visualize the effects of the 'Black Death,' the worst pandemic in man’s history. The study is limited to models for the dissemination of the disease in Sweden in 1350. Simulations are made to depict different scenarios on the dissemination of the disease as well as the drastic changes in the overall population of Sweden over a couple of hundred years.
This work is based on the prevailing theory that the disease called the “Black Death” was plague (bubonic plague), caused by the bacterium Yersinia Pestis. The model assumes that the bubonic plague is caused by the bacteria Yersinia pestis through rat flea borne transmission to humans. For purpose of validation the population decrease estimated in each parish is compared with independent historical documents. Results from model scenarios are visualized in a series of maps and/or as animated video sequences. Generated map documents can be published as web map services.” From: A GIS BASED MODEL FOR DISSEMINATION OF THE BLACK DEATH IN SWEDEN IN 1350, Skog, Lars, Hauska, Hans, Broström, Anna.  Transactions in GIS. 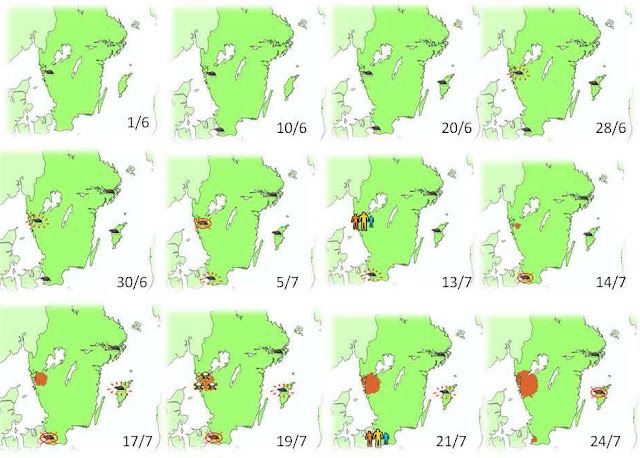 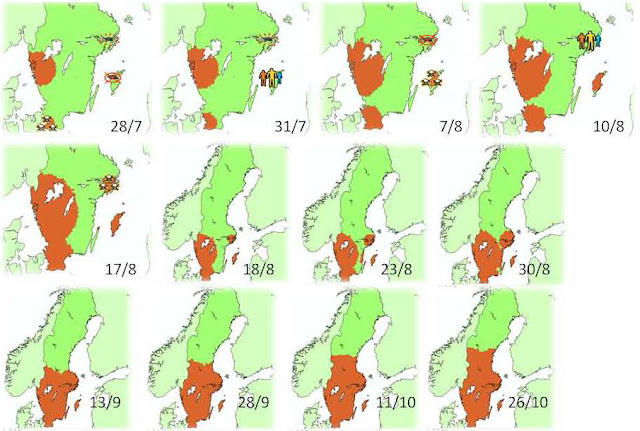 At the end of October 1350 the Black Death has spread all over Sweden, up to the latitude of Umeå
Of course, the bubonic plague is still with us, still affecting people, it is not an extinct disease, like smallpox.  This paper is about the current conditions in Africa pertaining to the spread of plague. 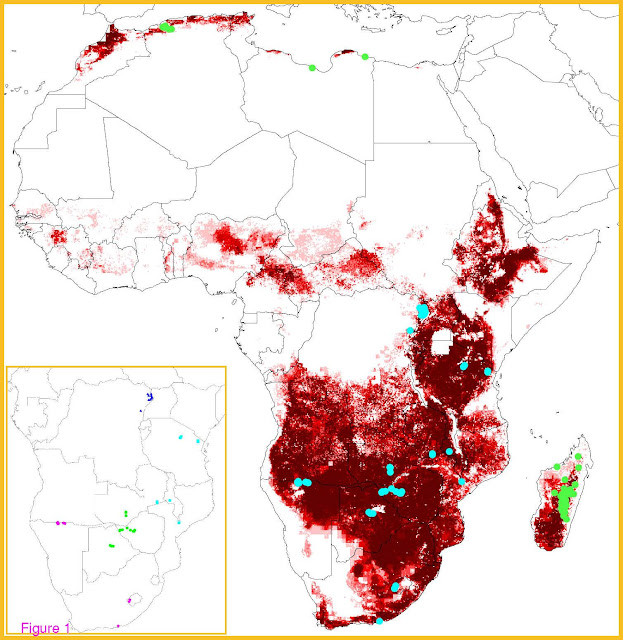 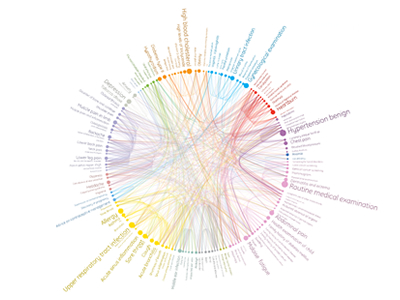 And here is something interesting from MIT's Senseable City Labs - HealthInfoScape - a way to visualize the connections between various medical conditions using 7.2 million electronic medical records of patients.
See the YouTube video at: http://www.youtube.com/watch?v=ln6arKcE99E&feature=channel_video_title
Here are the interactive maps: http://senseable.mit.edu/healthinfoscape/ 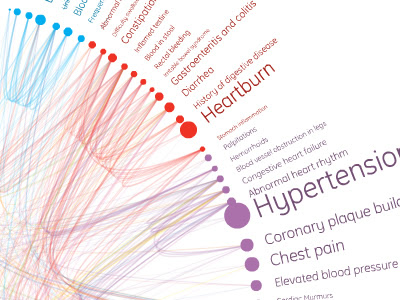