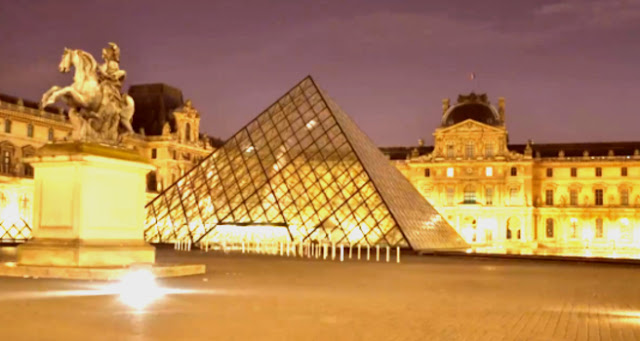 Baudelaire's aesthetic and critical visions helped open up the modern city as a space for investigation, while other theorists codified the urban experience in more sociological and psychological terms.  In his essay “The Metropolis and Mental Life,” Georg Simmel theorizes that the complexities of the modern city create new social bonds and new attitudes towards others.  The modern city was transforming humans, giving them a new relationship to time and space, inculcating in them a “blasé attitude,” and altering fundamental notions of freedom and being.
One of the reasons the concept of Flâneur-ism is typically associated with men is that until quite recently women did not have the ability to wander safely and unaccompanied and anonymously through the city, and go wherever they pleased.  Many areas were off-limits to women, for one reason or another.  Therefore, le Flâneur was almost always a male, since being able to move through the city anonymously and without attracting undue attention is one of the pre-requisites, in fact it is the hallmark, of Flâneur-ity.  It is also the reason why, throughout time, certain bold women have decided to masquerade as men, to have access to that type of urban observer anonymity and jettison all the restrictions that normally devolved upon their gender.
So, we have here, for your viewing pleasure, a couple of time lapse videos.  The first one (above) is of Paris, the original home of the Flâneur, and the second one (below) is of New York City.  These are two of the greatest cities in the world, the first the cultural capital of the world in the 19th century, and the second the cultural capital of the world in the 20th century.
Time Lapse Photography of Brooklyn & Manhattan, New York City (with 9/11 tribute)  All production: Tal Kagan; Blueglaze LLC (blueglaze.com)
Music: Adele - Hometown Glory (Chewy Chocolate Cookies Remix)
Time Lapse of NYC 1812-2013


I couldn’t resist adding in a third time lapse video, this one a model of the built environment of New York City, 1812-2013.  Music by Jay-Z and Alicia Keys – Empire State of Mind.

OK, based on a reader's comment below, I have added a FOURTH video, this one is not time lapse, but the tilt shift technique, NYC in miniature. For details on how this technique works and an interview with the artist, see:
http://aerofilm.blogspot.com/2010/02/sandpit-short-film-by-aero-director-sam.html
Thanks, Amy Trexler, for sending us the link to the Sand Pit a couple of years ago, and thanks, Joanneseale, for bringing it to our attention again!