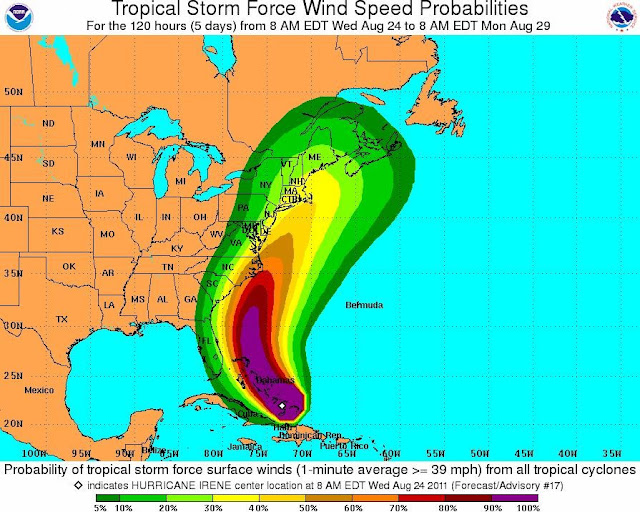 Models by NOAA’s National Weather Service show Hurricane Irene pointed right in the direction of New York City this weekend.  First we have an earthquake earlier this week, now an impending hurricane.  Good grief, what’s next, a Plague of Locusts?  It is believed that Irene will also be making a tour of much of the eastern seaboard, and after visiting the New York Metro area, will be continuing on up to Boston and points north.  Depending upon which model prediction ends up being most accurate, it seems as though eastern Long Island will be hit the hardest in this area. 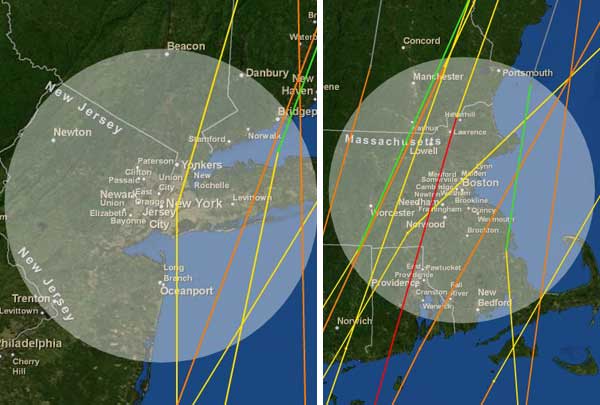 Model Predictions of Hurricane Irene's Center Tracks for the NYC and Boston areas. 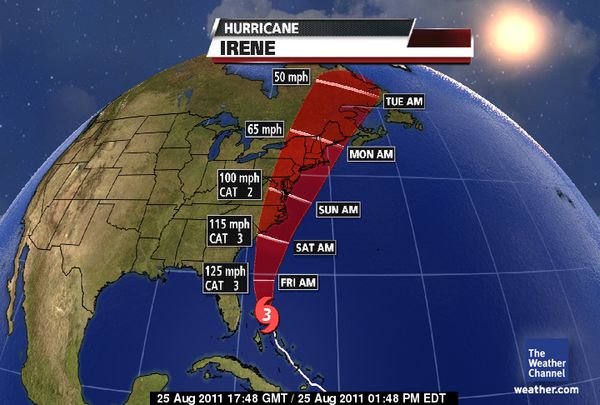 Predictions of Hurricane "cone" as of 1 hour ago.
Going back to 1851, there have been only 5 hurricanes whose centers of circulation have passed within 75 miles of New York City. The last hurricane within that distance from New York City was Hurricane Gloria 26 years ago.
With Irene, there is a threat of high winds, heavy rains and flooding, possible tornadoes, and storm surge/coastal flooding.  Hurricane Irene could be one of those very rare times that New York City experiences a Category 2 or even a Category 3 storm on the Saffir-Simpson wind scale. 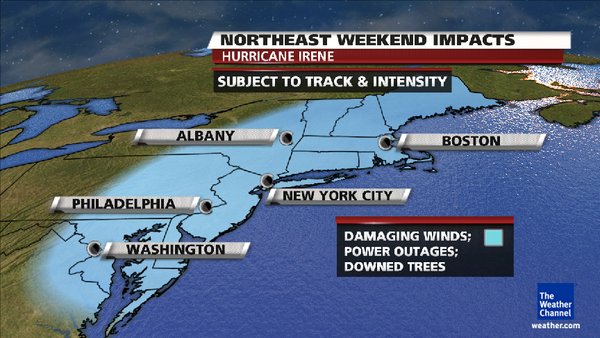 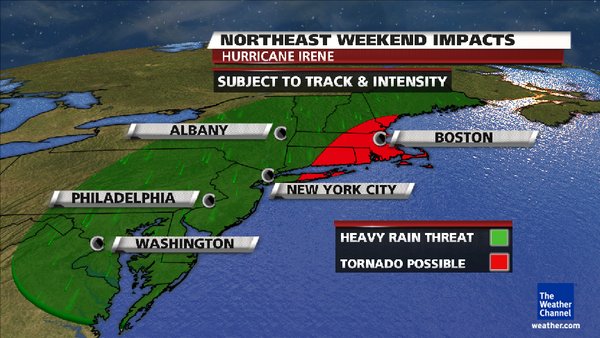 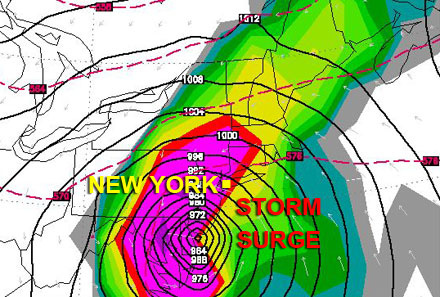 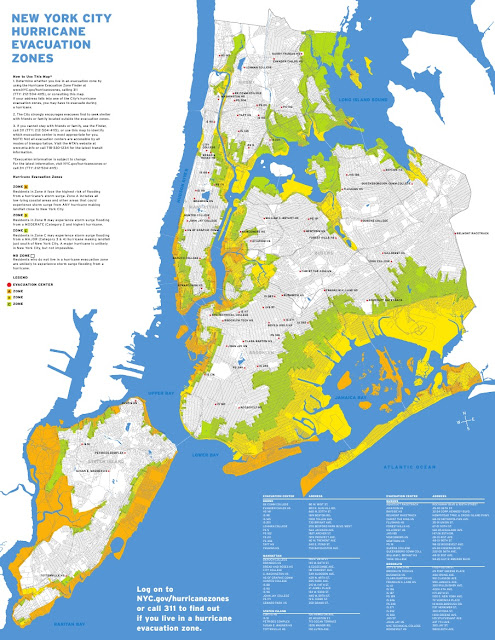 “New York City's hurricane contingency plans are based on three evacuation zones.*  These zones represent varying threat levels of coastal flooding resulting from storm surge.
New Yorkers should find out if their homes, offices or schools fall within the boundaries of a City evacuation zone. The best way to be prepared for the possibility of a hurricane evacuation is to know your evacuation zone and plan your destination and travel routes ahead of time.
To find out if you live in a hurricane evacuation zone, use the Hurricane Evacuation Zone Finder, or call 311. Zones are color-coded and labeled A, B and C when represented on a map.
·         Residents in Zone A face the highest risk of flooding from a hurricane's storm surge. Zone A includes all low-lying coastal areas and other areas that could experience storm surge in ANY hurricane that makes landfall close to New York City.
·         Residents in Zone B may experience storm surge flooding from a MODERATE (Category 2 or higher) hurricane.
·         Residents in Zone C may experience storm surge flooding from a MAJOR hurricane (Category 3 & 4) making landfall just south of New York City. A major hurricane is unlikely in New York City, but not impossible.
* Hurricane evacuation zones should not be confused with flood insurance risk zones, which are designated by FEMA and available in the form of Flood Insurance Rate Maps (FIRMs). You can determine whether you live in a flood insurance risk zone by calling the Department of City Planning at 311.
Let's all hope that this one just passes us by without too much trauma.  But in case it does not, be prepared for the storm.  Be safe.  No Hurricane Parties, everybody.
Posted by Map Monkey at 2:47 PM