30.)    Are you a Horse?  (a Helpful Flowchart…)
I said:
How do you like this for a good example of a decision tree diagram?
He said:
HA! It is like my t-shirt with the “do you need pan flute” flowchart.
I said:
I KNOW!!!  I love that t-shirt!  Anyway, I found this on a cool site called hand drawn maps.  http://www.handmaps.org/
all kinds of crazy stuff on there, including a map of Park Slope with the streets all designated with the college names on bumper stickers on the parked cars.  Very amusing. 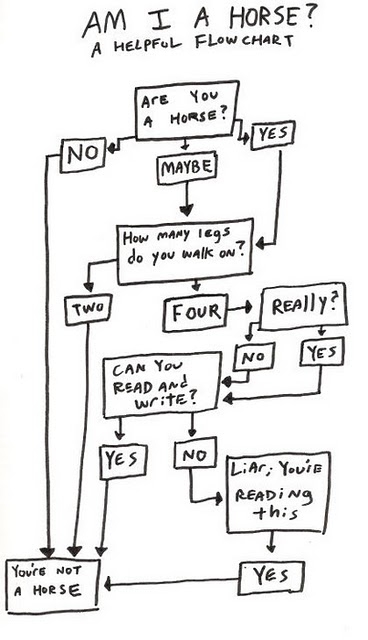 31.)    Crisis Map of Haiti  (Thanks for sending, Holly Porter-Morgan)
http://haiti.ushahidi.com/main
"This Crisis Map of Haiti represents the most comprehensive and up-to-date crisis map available to the humanitarian community. The information here is mapped in near real time and gathered from reports coming from inside Haiti via: SMS, Web, Email, Radio, Phone, Twitter, Facebook, Television, List-serves, Live streams, Situation Reports."  It is an OpenStreetMap application that looks like it may be sponsored by Tufts.

32.)    The Plastiki sets sail! (Thanks for sending, Dellis Stanberry) 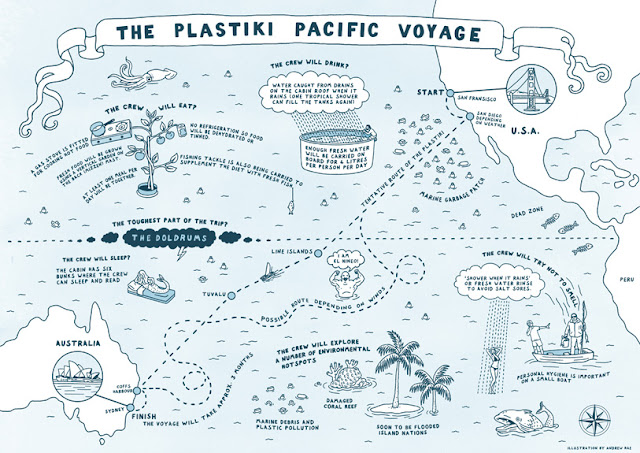 Thanks for sending! This is amazing. Thor Hyderdahl was one of my heroes growing up - I read all his books, and the Kon-Tiki expedition was followed by other unusual sea journeys he made in the 1950s and 60s - we all followed his exploits avidly - this was a little more difficult in the days before the internet (or even TV! Many of my little friends growing up didn’t have a TV in the 1950’s!).  Now I see the Plastiki expedition will be totally available to follow on the internet, and I will follow it there, I'm sure! It's wonderful that his grandchild is participating in the voyage, and the ship itself is fantastic! Joseph really loved it - you know he is always building weird stuff out of recyclables, too, so this is very inspirational.  I hope they make it without any mishaps or tragedies. It's a long, long trip. JAM
A very good use of those soda bottles.
http://news.cnet.com/2300-11386_3-10002869-17.html?tag=mncol

http://greenupgrader.com/6385/plastiki-expedition-12000-miles-in-a-boat-made-from-plastic-bottles/
33.)    Humorous Road Maps
Christoph Neimann strikes again!  Very nice - I especially related to the airport check-in "road" map.  JAM
http://niemann.blogs.nytimes.com/2010/03/10/my-way/?th&emc=th
34.)    Algebra in Wonderland
This is very interesting!  Alice in Wonderland was one of my all-time favorite books as a child, and my great-grandmother read it to me so frequently that I could pretend to "read" it to astonished family friends and neighbors at about age 3 by reciting long passages of it from memory (I didn't learn to truly read until first grade!).  It's fun to know there is some larger meaning to the story.  And about Mathematics!  And academic squabbling!  Who knew!  (BTW - I don't think this is common knowledge, the way everyone seems to know that The Wizard of Oz was really a political commentary on the gold standard!).
Op-Ed Contributor
Algebra in Wonderland
By MELANIE BAYLEY
Published: March 6, 2010
Oxford, England 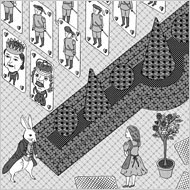