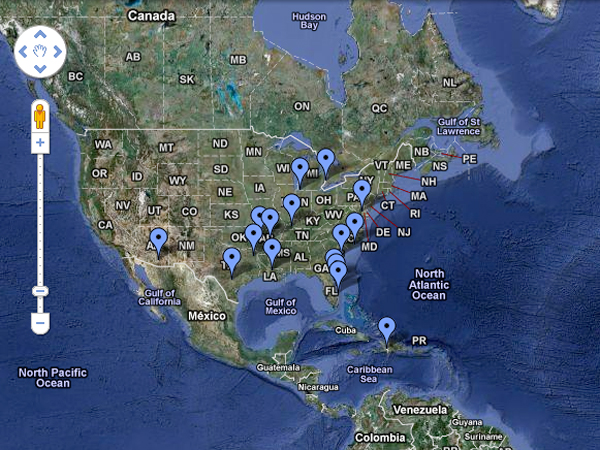 I am sure you all have heard about the strange incidents that have been reported upon recently regarding mass deaths of birds and fish.  There has been alot of speculation on what might be the cause of these occurrences, ranging from conspiracy-type theories about government plots and biological warfare experiments, to microwave radiation from satellites in space beaming down radar or sonic pulses, to tornadoes sucking up animals in their vortices and spitting them out en masse, to nuclear plant fall-out from an unreported accident, to stress due to climate change, to oil exploration activities, to the currents bringing the oil or the chemical dispersant used in the Gulf disaster to the places involved in the die-offs, to hydro-fracking for natural gas, to “cold snaps,” solar flares, and magnetic pole reversals.  Lots of theories out there! (some more plausible than others!)  Whether they are due to natural causes or human-made, it is increasingly difficult to tell the difference between the two very clearly anymore, since we humans are changing the natural regimes at such an accelerated rate!  Is anything “natural” anymore?
Now someone has gone ahead and compiled all these incidents onto a google map of the earth, and the cases are wide-spread, and involve many animals other than birds and fish.  The interactive map shows many of the other animals affected, including whales, bats, jellyfish, manatees, dolphins, ducks (well, they are birds!), crickets, seals, octopi, crabs, starfish, clams, alligators, turtles, oysters, and so forth.
However, the article makes the valid point that this may be a situation where since the flurry of media attention from the first bird die-off in Arkansas, people are more aware of the issue, and therefore more reporting of similar incidents has taken place.  This often happens when something hits the news.  It is an artifact of increased awareness rather than increased occurrences.  The reports are also, by necessity, privileging places where people are, where population density is above a certain threshold; clearly in places with sparse or no populations of humans it is less likely that these incidents will be reported.  Still, I'm not discounting the fact that these things are really happening, and in a markedly increased way!
I would love to see these incident points analyzed temporally, and with the spurious points removed (or at least the ones where there is a known explanation, i.e., hundreds of fish found dead near sewage treatment plant outfall!" etc. Big surprise!).  Seriously, though, it sounds like a great GIS project!  There could be animation! and hyper-linked photos and videos!  Maybe by looking at the sequence of events, in combination with environmental data, meterorological conditions, and any known hazards that have recently occurred, some logical explanation might emerge.  It's the kind of thing that GIS was made for!  Hopefully someone less slothful than myself will jump on this and actually DO IT!
Interactive map - you can click on each marker and see what type of animal and how many were reported dead (also with links to the news report of each):
http://tinyurl.com/MassAnimalDeathsNew
Interactive map of recent animal die-offs, with regular updates
Short article about the die-offs:
http://www.newscientist.com/blogs/shortsharpscience/2011/01/mass-dying-of-animals-plotted.html
(Thanks for sending, Aviva)
On the lighter (??!! Or darker!!) side, could the repeal of “Don’t Ask Don’t Tell” be responsible for the mass bird and fish kills?  Cindy Jacobs thinks so! This falls under the explanation category of “We did something to make God very, very angry”!
http://www.youtube.com/watch?v=V17WGTvPHGg
Cindy Jacobs, all “sparkly” for the Lord!

Also, the “rebuttal” at http://www.youtube.com/watch?v=MlpGQc0puTU&NR=1