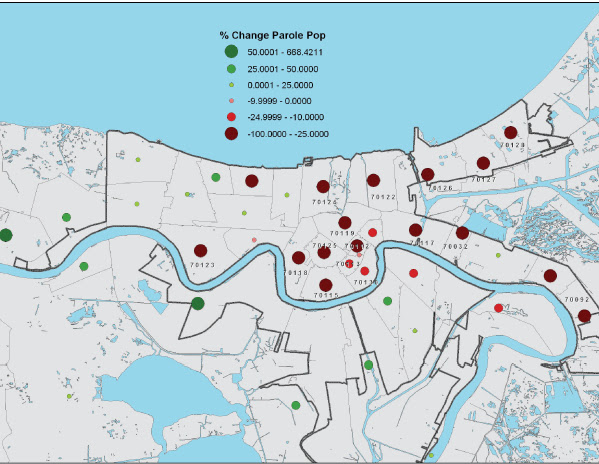 Percent Change in Share of State Parole Population, 2002-2006, New Orleans Zip Codes, pre- and post-Katrina
Criminal Justice Mapping
OK, now I know the past couple of posts have been extra-specially long, so I am going to make this one short and sweet.  Never let it be said that the Map Monkey doesn’t know how to do “short”!
Earlier this week, Chris Herrmann sent me a link to the Justice Mapping website, and it is worth taking a look.  http://www.justicemapping.org/about-us/
They have conducted analyses (or should I say "justice mapping"?) for Arizona; Louisiana; New Jersey; Texas; Wichita, Kansas; New Haven, Connecticut; Gateshead, England; and of course, New York City. 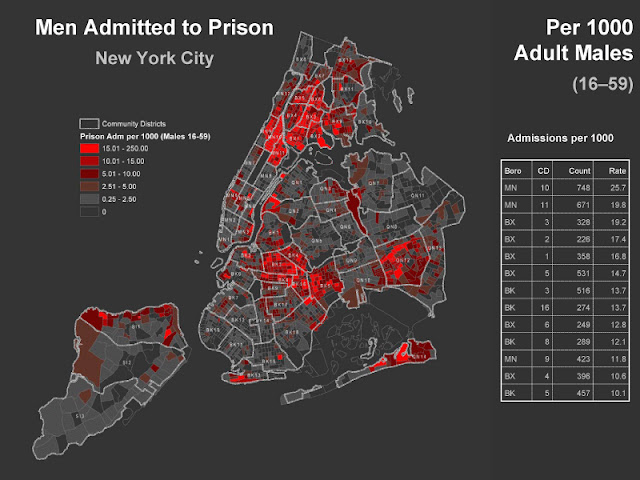 Their web site says that they use maps to:
Seems like all the right reasons to me! 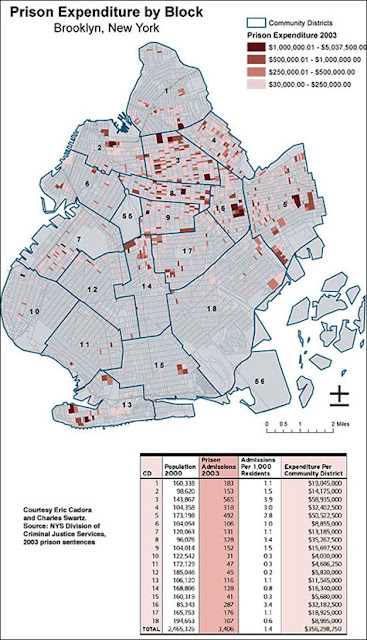 This is the group that mapped the so-called "Million Dollar Blocks" a few years ago, which stirred up so much discussion and newspaper reporting, and brought this important issue to the attention of the public.  A million dollar block is a neighborhood or block with enough imprisoned residents that one million dollars or more is being spent on prison costs to incarcerate them.  In Brooklyn, NYC, for instance, some 35 blocks have this high concentration of prisoners.
Map Source: The Village Voice, November 16, 2004, "Million Dollar Blocks: The Neighborhood Costs of America's Prison Boom" http://www.november.org/stayinfo/breaking2/Millions.html

They also maintain an interactive Justice Atlas at http://www.justiceatlas.org/
Just click on a state, and then your county of interest.  Pretty cool!
Posted by Map Monkey at 10:51 AM