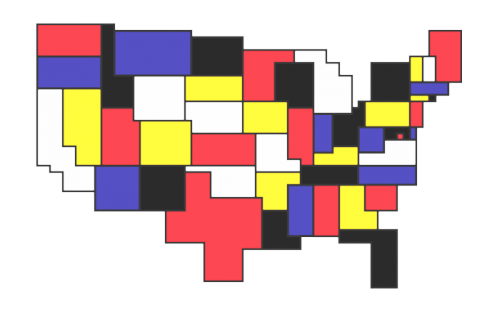 A Map of the Lower 48 in the style of Mondrian, by Tim Wallace

This is really funny - check out Tim Wallace's Bogus Art Maps at http://timwallace.wordpress.com/2011/02/10/bogus-art-maps/

Now, I just want to remind everyone that in the Geovisualization and Analytical Cartography course last term (fall 2010) this was very much like the first cartography lab assignments the students did in the class: Make an ordinary map - in this case, a map of West African cities from an ArcGIS tutorial exercise in the book GIS for the Urban Environment - but design the layout in the style of a modern artist's painting of their chosing.  So I can attest to the fact that Prof. Andrew M. had the idea many months ago (and of course, he may not have been the first, either!). The assignment was designed to get the creative juices flowing and, not incidentally, as a refresher for basic ArcGIS use after the long summer.
I am including some of the students' works below, which I think are really the cat's pyjamas, or cat's meow, or the bee's knees, or what have you. 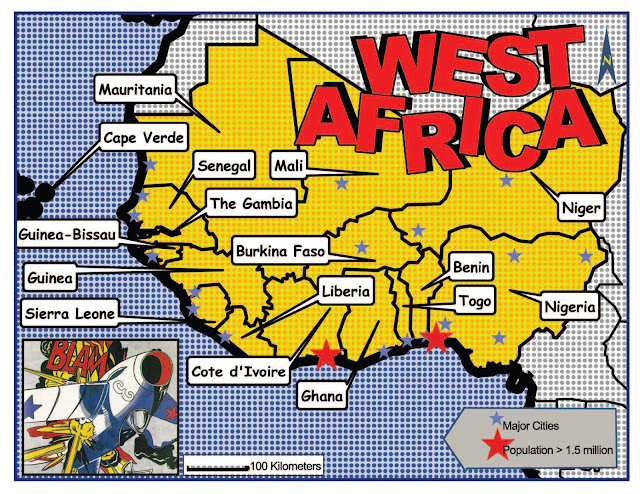 by Brian Morgan, after Roy Lichtenstein 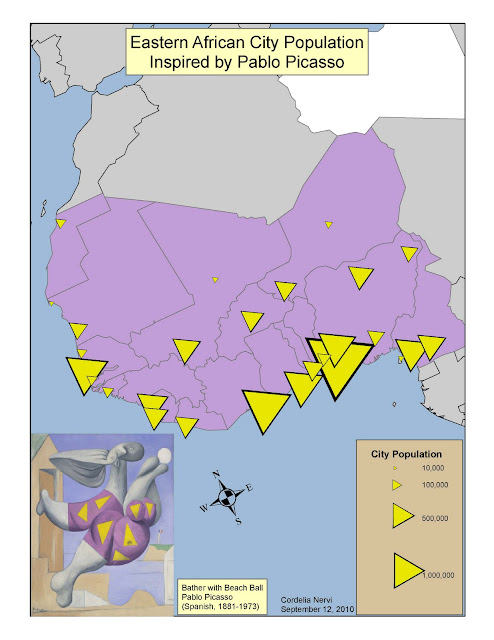 by Cordelia Nervi, after Picasso ("Bather with Beach Ball") 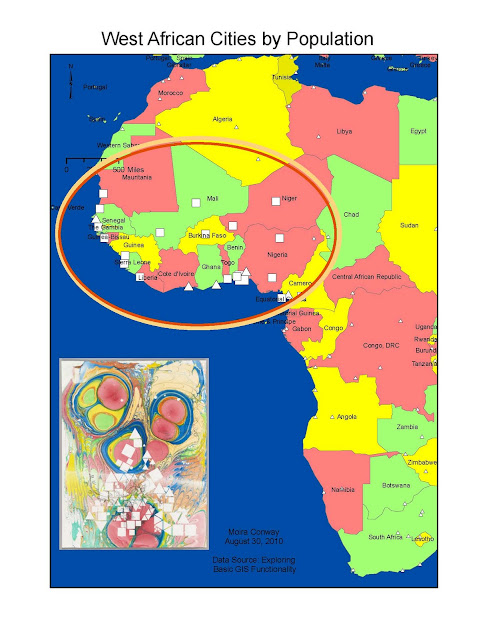 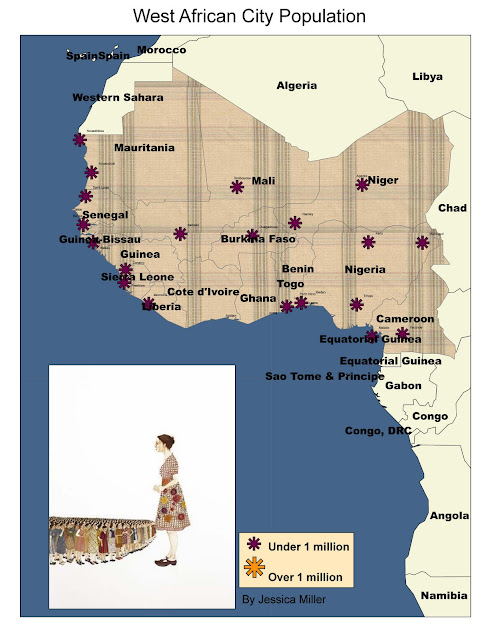 by Jessica Miller, after Amy Cutler ("Army of Me") 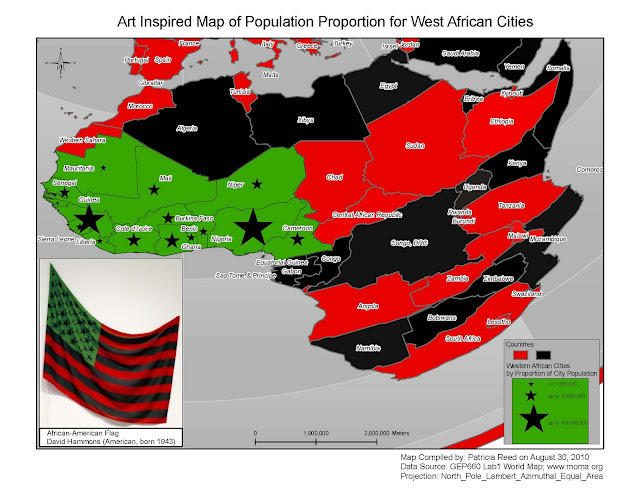