Freeing the Prisoners of the Mercator Projection

This is truly hilarious snippet from an episode of the West Wing TV sit-com ("Why are we Changing Maps?").  It features a fictitious group called the "Organization of Cartographers for Social Equality," (or at least I THINK they're fictitious!) trying to sell the White House staff the idea that maps made with the Mercator projection promote social inequality, while maps made with the Peters projection are more equitable to "third world nations."  It seems that they have most of the basic facts correct, although it is hard to believe that someone who works in the White House wouldn't already know that Africa is larger than Greenland!
Here's the YouTube link, if you want to read some of the amazingly ridiculous and ignorant viewer comments. http://youtu.be/n8zBC2dvERM
How so many of the commenters could whine "I don't get it..." is beyond me! Danny Dorling's "Mapping: Ways of Representing the World," or anything written by Mark Monmonier, should be required reading in 9th grade if not earlier, to explain to people the importance of how their world is depicted.  It's NOT just academic, or about "accuracy," (which after all is an almost meaningless concept when it comes to flat maps).  OK, I'm off the soap box now! Enjoy the clip!

Just to remind you guys what the fuss is all about: 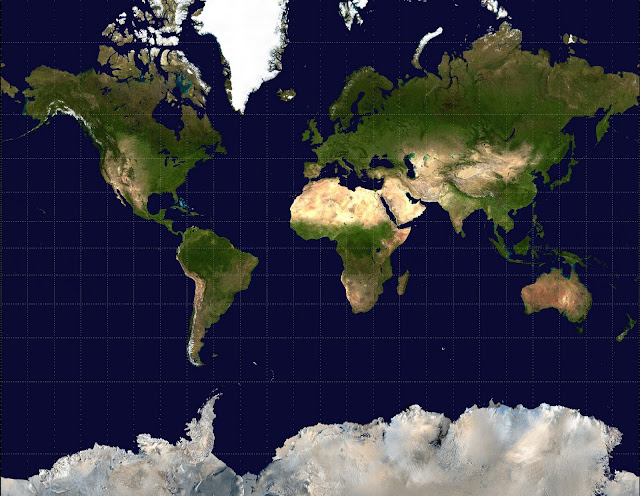 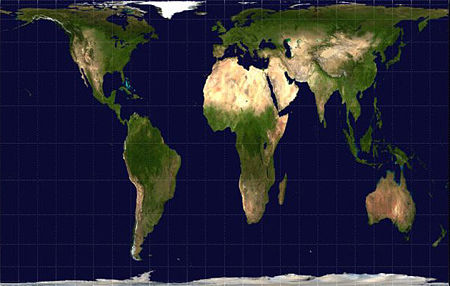 The Peters Projection (often referred to as the Gall-Peters Projection)
And, of course, this doesn't begin to address the question of "Why is north on top?"
Posted by Map Monkey at 8:51 PM