Sandy by the Numbers 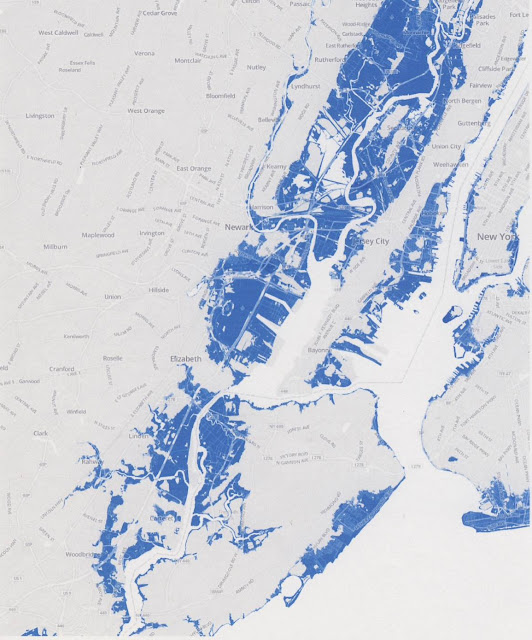 Our friends at the Center for Urban Research in New York have done some spatial data analysis on the effects of October’s Superstorm Sandy.  This was incorporated into WNYC’s article “Sandy by the Numbers,” at http://www.wnyc.org/blogs/wnyc-news-blog/2013/jan/28/see-sandy-numbers/ which puts some provocative numbers to the effects of Sandy, including deaths by state and costs of storm damage.

Interestingly from an environmental justice viewpoint, in NYC the people who were directly affected by Sandy (in terms of storm surge) were slightly less affluent than the people not affected, whilst in New Jersey it was the reverse.  But for each of the areas, the incomes of the affected versus the unaffected were remarkably similar, and seem to represent neither the richest nor the poorest residents.  The percentage of NJ vs NYC residents living in areas impacted by storm surge from Sandy was also very close: 10.9% and 11.1% respectively, and the $ estimates for disaster costs were also very close for the two areas.  Now if only we can get those nimrod Congress people to stop playing games with disaster relief and recovery support, we might be able to get the affected people back to their pre-Sandy lives.  (but please don’t rebuild on the barrier islands anymore!) 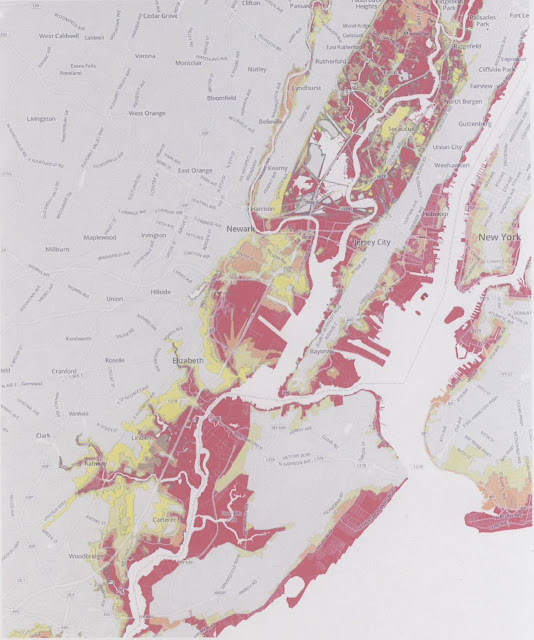 Predicted Flooding based on Hurricane Categories 1 through 4  - the darkest red represents the predicted surge from a Category 1 hurricane, the weakest hurricane and the most likely kind to hit NYC, through the lightest yellow, representing the predicted surge from a Category 4 Hurricane, the strongest hurricane, and the highest category storm likely to affect the north east.  Category 5 hurricanes are typically thought to be not likely to retain their force in traveling up the eastern seaboard, and would be downgraded to a lower category before they ever would hit NYC, according to hurricane experts.  But, hey, with climate change the way it’s been going, you never know. Compare this map with the map above of the actual storm surge, and notice that, in terms of storm surge at least, the storm surge was the equivalent of that of a Cat. 4 Hurricane, in most areas.
Thanks for sending, Kristen, and thanks also for working on the project and analyzing and compiling the data.
And check out my older post on Best Visualizations of Sandy at http://geographer-at-large.blogspot.com/2012/10/best-visualizations-of-hurricane-sandy.html