This is a random selection of some recent amusing or otherwise interesting maps that I have discovered or that other people have sent to me. 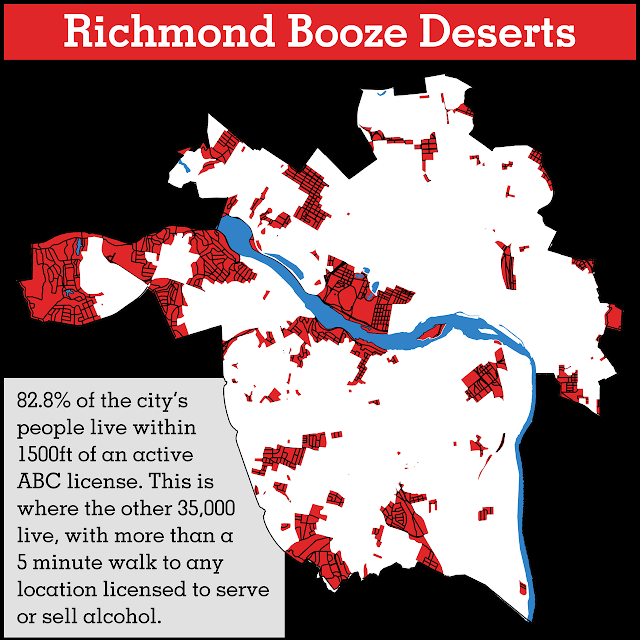 Booze Deserts
You’ve heard of "food deserts," the areas where people live but don’t have good geographic access to healthy food options?  Well, here are the booze deserts.  Someone in Richmond VA mapped out the areas in the city which are more than 1,500 feet to the nearest place to booze up (about 4-6 city blocks).  There aren’t too many places, apparently, where you have to walk very far to get plastered.  Some people actually have to walk more than 5 minutes to get a drink!  WAAAAH. 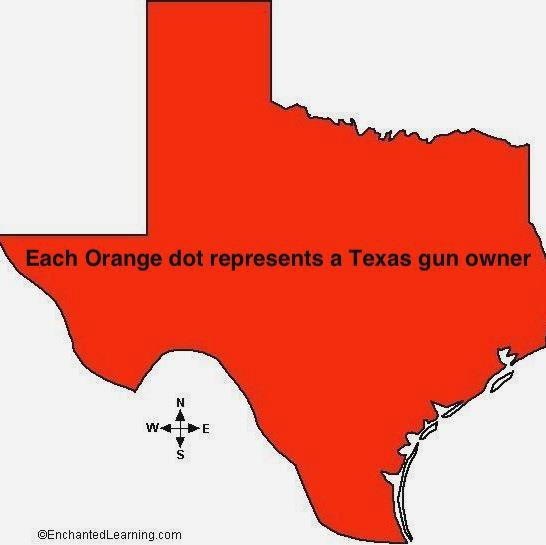 Gun ownership in Texas
“Houston Chronicle reveals location of Texas gun owners,” the BEST DOT DENSITY MAP EVER!  This is a take-off on the contentious and even life-threatening maps that were published in a New York newspaper earlier this month, showing the locations of all the addresses of people to whom gun permits were issued in a couple of NYC suburbian counties.  Some people took extreme exception to this (even though it is public information) and death threats were invoked and general mayhem ensued against the newspaper and the reporter.  Interestingly, I ALMOST posted the maps on this blog.  In which case, I may also have come under fire, literally.  Guess that’ll teach me to mess with those 2nd amendment-ers!  Sent to me by Andrew Maroko http://blog.chron.com/txpotomac/files/2013/01/texasgunowners.jpg  Story about gun permit map retraction, and check out some of the crazy comments!  http://politicker.com/2013/01/journal-news-takes-down-controversial-map-of-gun-owners/ 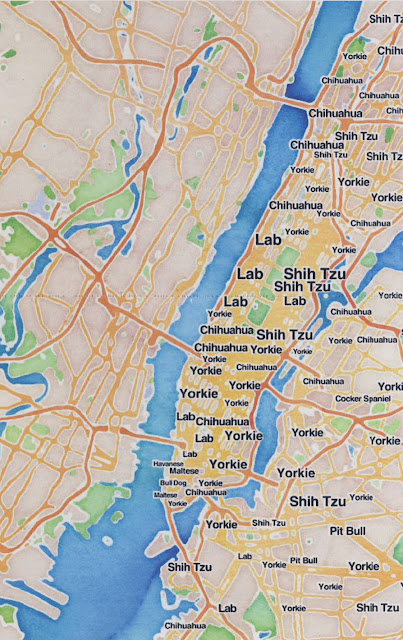 Dog Map
From Andrew Maroko by way of Suzie Stempel – New Yorkers are dog crazy!  Explore New York City's most popular dog names and breeds by area, down to the zip code.  Label size roughly corresponds with number of dogs with name or breed in that area.  Data source is the New York City Dept. of Health and Mental Hygiene.  Those are the guys who issue dog licenses, so they have records of names and breeds. Of course, roughly half of NYC’s dogs are not licensed…..
http://www.timeout.com/newyork/things-to-do/check-this-out-wnyc-is-mapping-nycs-dogs 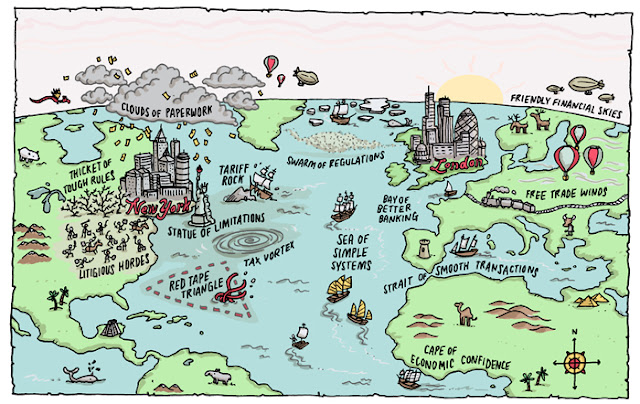 Mapping the Economy
From one of my favorite cartoonists, Grant Snider, who often uses maps and map imagery in his work.  http://www.incidentalcomics.com/  Check out some of his other great cartoons. 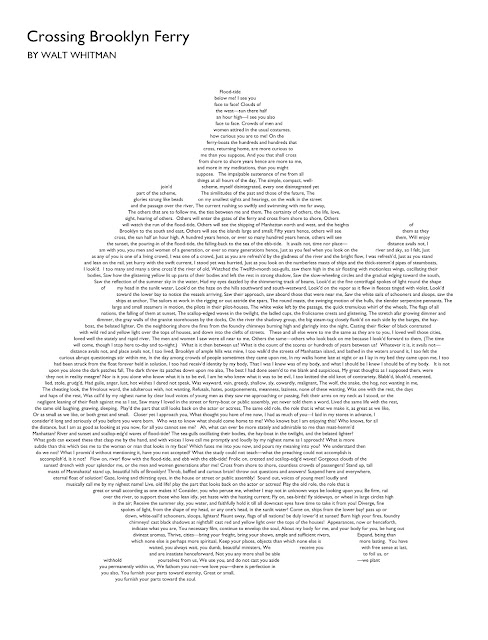 Typographic map of Brooklyn And this one is not so much amusing as it is clever and beautiful…(Walt Whitman poem “Crossing Brooklyn Ferry”) by our resident cartographer extraordinaire, Gretchen Culp, herself a resident of Brooklyn. Sorry, I couldn't make it large enough to actually read the words, but the poem starts from north Brooklyn – Greenpoint-Williamsburg – like this: “Flood-tide below me! I see you face to face! Clouds of the west-sun half an hour high-I see you also face to face. Crowds of men and women attired in the usual costumes, how curious you are to me!  On the ferry-boats the hundreds and hundreds that cross, returning home, are more curious to me than you suppose.  And you that shall cross from shore to shore years hence are more to me, and more in my meditations, than you might suppose….”  Great poem.  I once saw a performance piece of this poem in the anchorage of the Brooklyn Bridge (on the Brooklyn side) put on by a group called Creative Time. An ironic location, since the Bridge more or less made the ferries superfluous.  See http://geographer-at-large.blogspot.com/2012/05/motw-5-7-2012foods-of-british-isles.html for more about typographic maps. UK Sound Systems
I personally can attest to the excellence of many of these sound systems (Jah Shaka, Sir Coxsone, Iration Steppas, Mungo’s Hi-Fi, Mikey Dread), although they left out some of the really good ones in Scotland, like Argonaut Sounds and Bass Warrior, who play regularly at Blackfriar’s in my neighborhood, and Chungo Bungo.   The Word, Sound, and Power poster, compiled by Paul Bradshaw, is available for £10.00 from Word, Sound, and Power – Reggae Changed my Life at http://ancienttofuture.wordpress.com/2012/12/19/word-sound-power-reggae-changed-my-life-posters-postcards/  The poster, along with some other cool graphics, was created for the exhibit of the same name at the British Music Experience Museum in London, from July through October 2012.  (Damn!  Missed it!) 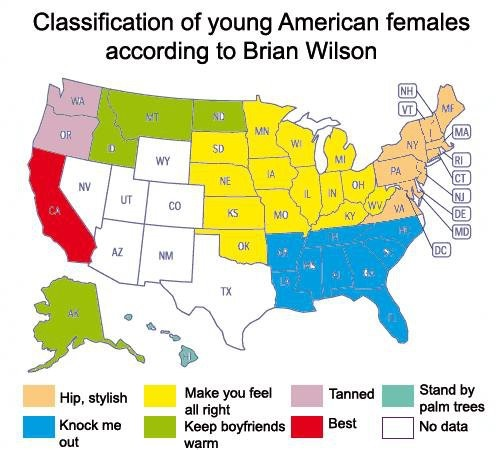 Beach Boys
This requires no explanation. 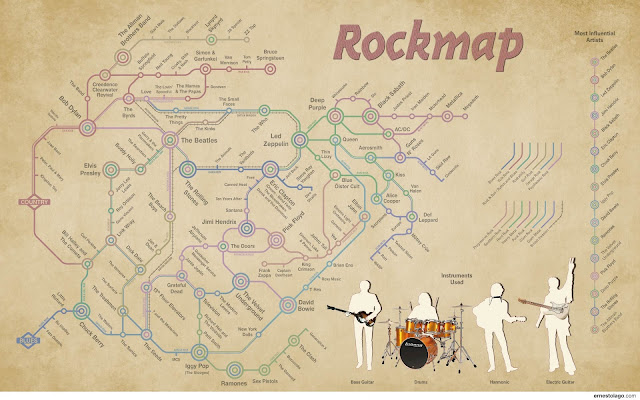 Rock Map
This is more of a genealogical table than a map, but it shows the derivation/evolution of some of the rock bands of the past – pretty much a guide to boomer’s music, with a hat tip to some early punk bands (Ramones, Clash, Buzzcocks, etc.). 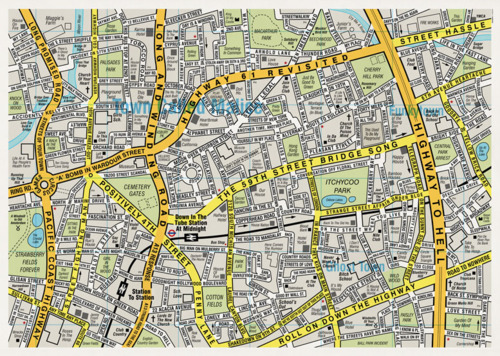 James Bond Movies Locations
Where they were set, and where they were actually filmed (only occasionally the same thing!)  Cool legend. 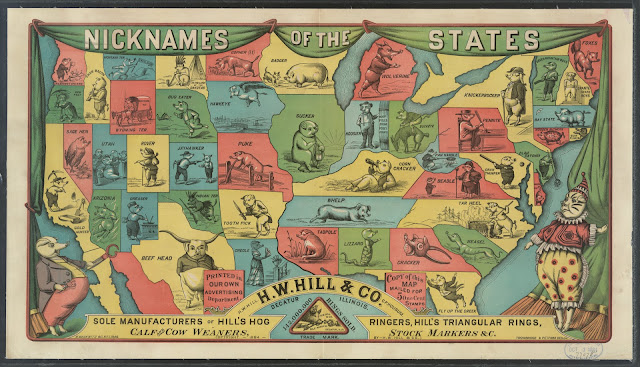 U.S. State Nicknames
1884 Pig Map of U.S. states’ nicknames.  The map was produced by Hill & Co., Manufacturers of Hill’s Hog Ringers, Hill’s Triangular Rings, Calf and Cow Weaners, and Stock Markers, etc. I have NO IDEA what any of those things are. They sound diabolical, and I am guessing they were some kind of instruments of torture in raising hogs for slaughter.  This map is strange on every level.  The projection is weird – the western states are all squished up, and some of the eastern states don’t look like the correct shapes at all.  Then, although some of the nicknames are archaic, they are ones you may have heard of, such as Knickerbockers for New Yorkers, and Tar Heel for North Carolina, but many of the nicknames (Puke?  Sucker? Greaser?) I’ve never heard of used to refer to those states, and many sound downright insulting and inflammatory.  But you could get a copy of this map if you mailed in 5 one-cent stamps, according to the info in one of the map cartouches. See http://geographer-at-large.blogspot.com/2012/03/map-of-week-3-12-2012the-world.html for more examples of stereotyping maps, although this one may be the earliest one I've found, other than the zoomorphic ones, some of  which also qualify as stereotyping maps. http://geographer-at-large.blogspot.com/2011/06/anthropomorphic-and-zoomorphic_16.html 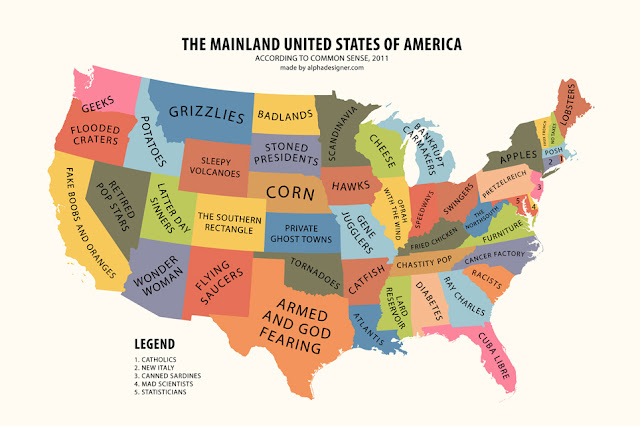 The Mainland United States of America According to Common Sense, the updated version of the Pig Map, from our old friend alphadesigner, showing pretty much the same types of stereotypical name-calling as the Pig Map.  In this case, North Carolina is Cancer Factory, Texas is Armed and God-Fearing, etc.  One of the only constants is that in both maps, Iowa is denoted as Hawkeye and Hawks, respectively.  I guess Hawkeye in the famous movie and TV series M.A.S.H. was from Iowa?  No, pretty sure he was supposed to be from Maine, named after the character in The Last of the Mohicans. 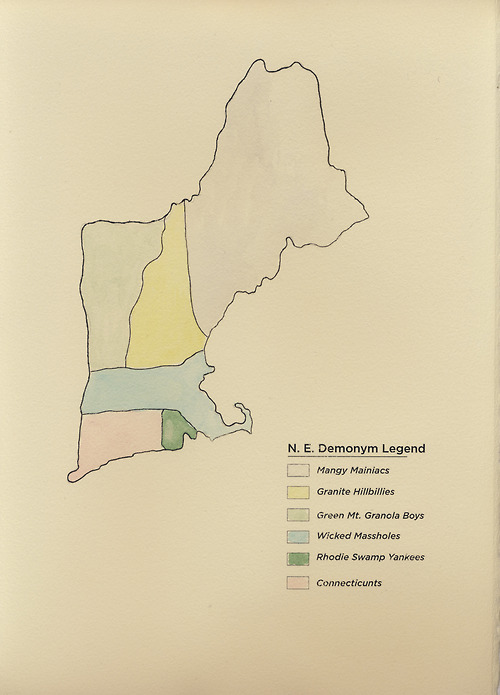 North East Demonym - A demonym is like a toponym, but it's a place name that demonizes, I guess! No, of course not: a demonym is the name for the people who live in the location, from the Greek "demos" or people, the same root as demography. 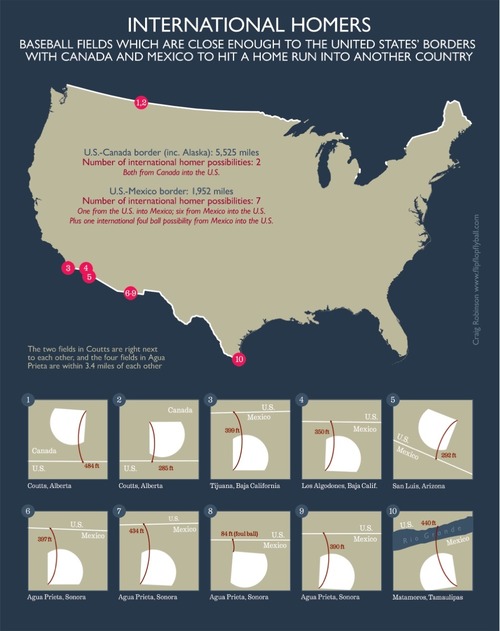 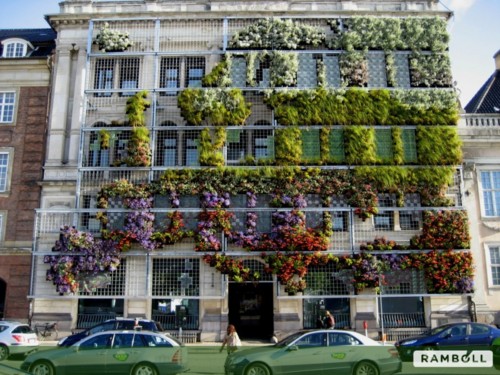 Living Map of Europe - This is just verra purty. 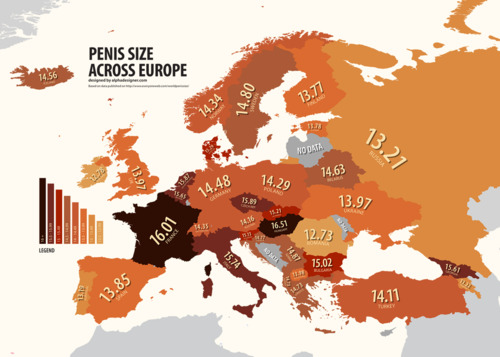 Penis Size Across Europe
Now, this is just wrong!  Alphadesigner, I am shocked!  SHOCKED!