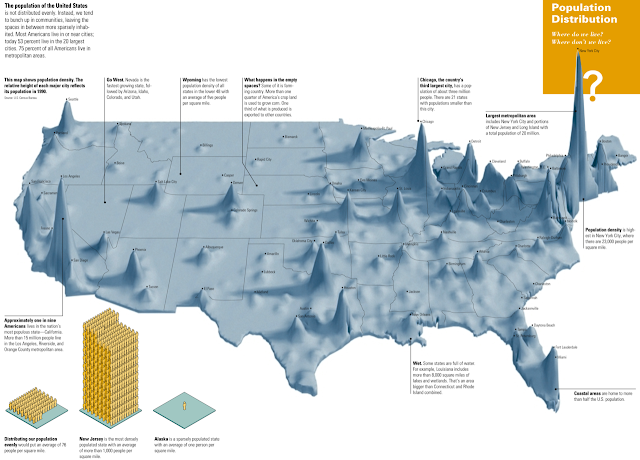 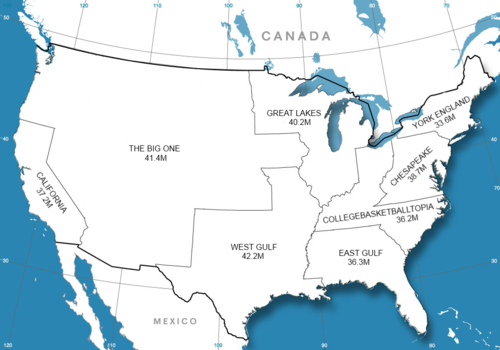 And as an interesting side-note to this pop density map, and in the spirit of the Re-Regionalizing the American Continent post of several months ago (http://geographer-at-large.blogspot.com/2011/03/re-regionalizing-american-continent.html), here is a map showing how the United States could be divided up into states more equally by population.  Each “state” shown here would have approximately the same population, about 40 million, plus or minus.  This is what it would look like if every state was as populous as California, with over 37 million people. 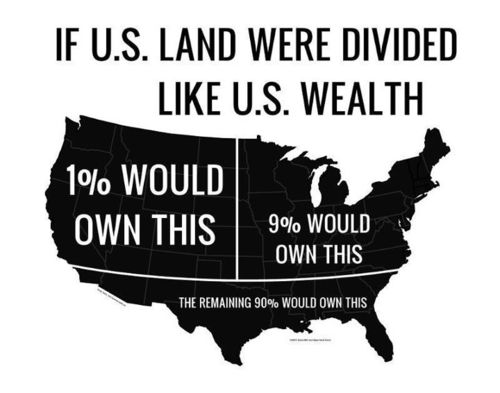 And here’s what the U.S. would look like if the land were divided up according to wealth of the population (the famous 1-percenters would, of course, own quite a lot.  The top 10% (the top 1% + the next top 9%) would own virtually the entire country.  The bottom 90% of us would own about 1/8 of the land mass, by my scientific eye-balling it estimation. 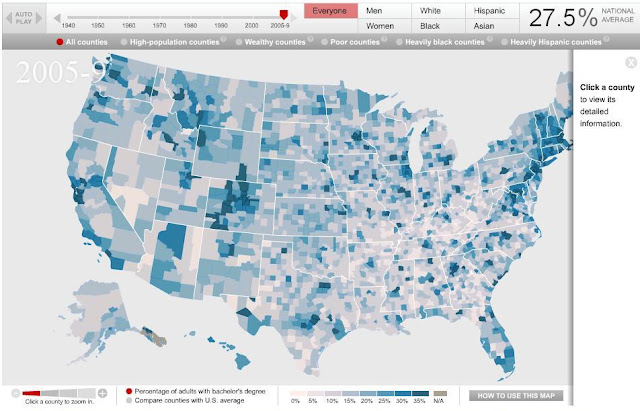