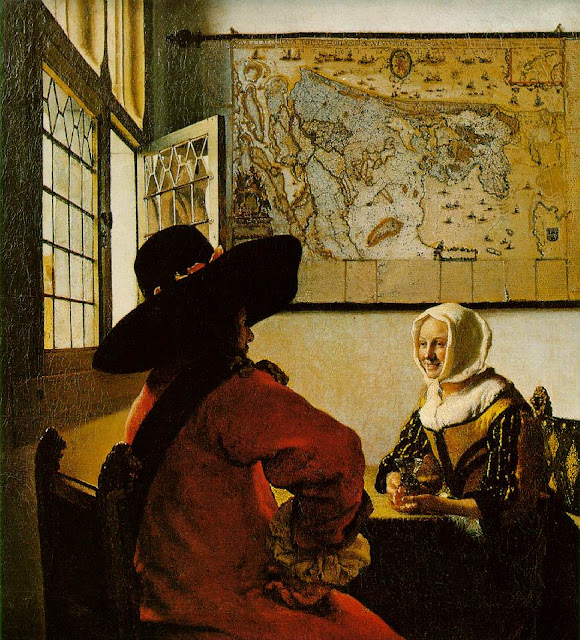 Maps feature prominently in many of Vermeer’s paintings, including this one, “Officer and Laughing Girl,” 1655.  This map of Holland and West Friesland (east is on top) was designed by Balthasar Florisz. van Berckenrode in 1620.  Van Berckenrode delivered twelve copies of it to the States General for 144 pounds.  Only one is in existence today, and it is from a later printing of the map from the copper plates, which Van Berckenrode sold to Willem Jansz. Blaeu, along with the rights to print the map, when he fell upon hard times.  Blaeu, who was the official cartographer of the Dutch East India Company,  is well-known today as one of the premier map-makers of his day, creating some of the most complete maps of the New World for their time.
Geography Beach Books: No, it’s not an oxymoron!  Why can’t Geography books also be lazy-hazy-daisy summer reading by the pool, lake, ocean, mountains, park, wherever-you-happen-to-be during the glorious long days of summer?  No reason at all why not!
OK, so here are some of the things I’ve read recently (and not so recently) that I think are worthwhile, and also some books that I haven’t read but would like to read – they look interesting.  The ones with stars next to them are “Map Monkey’s picks.”  For the others, you’re on your own!  As I read any of them, I will update my reviews.
These are my recommended Geography Reads for the Summer – my strange version of Beach Books!  BTW, Most of these books listed in the first section are available as paperbacks, so they're perfect for the beach, train, or airport! 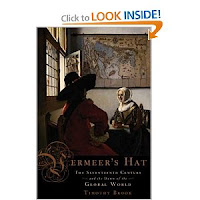 ***Vermeer’s Hat: The Seventeenth Century and the Dawn of the Global World
Timothy Brook, Bloomsbury Press, 2008
NOTE FROM MAP MONKEY: OK, so “Geography” is not in the title of this book, but it is ALL ABOUT GEOGRAPHY!  This was one of my favorite books I read last year – and not just because I have an affinity for things Dutch!  Brook weaves together some amazing webs of global economic and cultural trade (not to mention networks of disease transmission, religion, and language!) and it is just terrifically entertaining.  And he teases out these relationships by picking apart the iconography of Vermeer’s paintings – very clever and fun. 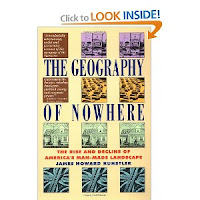 *The Geography of Nowhere: The Rise and Decline of America's Man-Made Landscape
James Kunstler, Free Press, 1994
NOTE FROM MAP MONKEY:  This is a very good read, and although it is from 17 years ago, still is extremely applicable today.  When this book was first published, it was quite controversial and very influential in urban geography/urban planning circles. 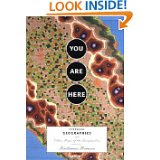 *You Are Here: Personal Geographies and Other Maps of the Imagination
Katherine Harmon, Princeton, 2003
NOTE FROM MAP MONKEY:  This is another older publication, but a really nice read. 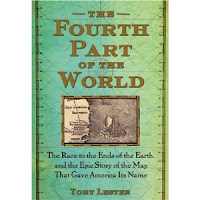 **The Fourth Part of the World: The Race to the Ends of the Earth, and the Epic Story of the Map that Gave America its Name
Toby Lester, Free Press, 2009
NOTE FROM MAP MONKEY: This is a very entertaining overview of cartographic history plus some little known tid-bits of geographical and cartographic trivia, disguised painlessly as a kind of a who-done-it, and very enjoyable.
*The Fabric of America: How our Borders and Boundaries Shaped the Country and Forged our National Identity
Andro Linklater, author of “Measuring America,” another good book.  Walker and Company, 2007
NOTE FROM MAP MONKEY:  If you like American history, you will enjoy this book.  It is well-written, and really gives a lot of background of how our country got to be the way it is, and most of us don’t know squat about that, so, inform yourselves, and read this book!  And if you don’t think you like American history, you may have a change of heart after reading it.
***Maps of the Imagination: The Writer as Cartographer
Peter Turchi, Trinity University Press, 2007
NOTE FROM MAP MONKEY:  I discussed this book at length in a previous blog posting at http://geographer-at-large.blogspot.com/2011/02/maps-of-imagination.html
**The Atlas of the Real World: Mapping the Way We Live
Danny Dorling, et al.
Thames and Hudson, 2010
NOTE FROM MAP MONKEY:  This book was reviewed by Gretchen Culp in my blog at
http://geographer-at-large.blogspot.com/2011/02/atlas-of-real-world-mapping-way-we-live.html
so check it out. 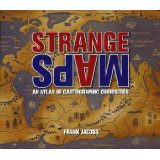 **Strange Maps: An Atlas of Cartographic Curiosities
Frank Jacobs
Viking Studio, 2009
NOTE FROM MAP MONKEY:  Frank Jacobs may be no stranger to many of you – he is the author of one of the best map blogs around, and it has been around for many years.  Check out his Strange Maps blog at:  http://bigthink.com/blogs/strange-maps
This book, with beautiful reproductions of some obscure and well, strange, maps from over the centuries, is a distillation of some of his blog material.  It’s worth it to have the maps in hand rather than on screen, for a change.
*A Voyage Long and Strange: On the Trail of Vikings, Conquistadors, Lost Colonists, and Other Adventurers in Early America
Tony Horowitz
Henry Holt & Co., 2008
NOTE FROM MAP MONKEY: Tony Horowitz is the author of Blue Latitudes, another favorite of mine.  He writes in a very conversational and accessible style, and has done a masterful job in ferreting out all sorts of arcane knowledge about early American history and geography.  If you are one of those who thinks that American history begins and ends with Columbus sailing the ocean blue in 14 hundred and 92, and the Pilgrims landing at Plymouth Rock more than 100 years later, this book will be a real treat, and introduce you to some of the wilder and more obscure aspects of our formative early history, in places that you may not have thought about having much to do with early America.  The book’s focus on non-Anglo events and geographies is also very refreshing. 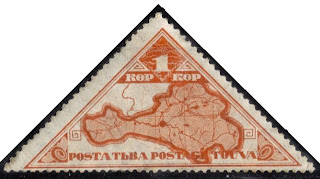 *Tuva or Bust! Richard Feynman’s Last Journey
Ralph Leighton
WW Norton, 2000
NOTE FROM MAP MONKEY: I picked this book up in Metsker's Map Store in Seattle last month, and it was quite a good read.  It is a funny and poignant look at the renowned physicist, Richard Feynman, and his obsession with trying to get to travel to a little-known country in central Asia called Tuva.  It is a Republic within the Federation of Russian States, and before that was an Autonomous Oblast in the USSR, but for one brief period in the 1920s-1930s, it was an independent nation, and apparently issued some of the most beautiful and unusual postage stamps in the world, which is how Feynman became interested in the place when he was a boy.  The book details the ins and outs of his decades-long struggle to go there. The Soviet Union kept Tuva completely closed to the outside world for over 50 years.  Tuva contains the geographical center of Asia, and its people practice a unique musical vocal form connected with animism, called "throat-singing," which produces several harmonic notes at once from the same person. Listen to a podcast about throat signing at  http://onpoint.wbur.org/2006/01/13/the-art-of-tuva-throat-singing  Also, see the video "The Quest For Tannu Tuva: Richard Feynman - The Last Journey of a Genius (1988)" at http://www.scholarspot.com/video/148/4414/Richard-Feynman-The-Last-Journey-Of-A-Genius-1988-
See recent blog posting for detailed review: http://geographer-at-large.blogspot.com/2011/05/tuva-or-bust-last-journey-of-genius.html
Then there are also a few books I discussed in previous postings that I would definitely recommend as worthwhile reading:
Leo Africanus, by Amin Maalouf, see my write-up at http://geographer-at-large.blogspot.com/2011/04/leo-africanus-15th-century-geographer.html
The Past is a Foreign Country, by David Lowenthal (who was the keynote speaker at this year’s AAG meeting in Seattle) mentioned in: http://geographer-at-large.blogspot.com/2011/01/few-more-cool-websites-for-your-viewing.html
How the Other Half Lives, by Jacob Riis.  This is a classic that everyone interested in urban geography, history, planning, should read at some point, and was discussed in http://geographer-at-large.blogspot.com/2011/01/how-other-half-lives-tenement-life-in.html
For those interested in NYC in particular, check out all the NYC books that I enumerated in http://geographer-at-large.blogspot.com/2011/01/become-instant-new-york-city-expert.html
These are some titles that I would like to check out, time permitting, this summer.  I can’t vouch for any of them yet, so if you do read one, please send me your opinions. 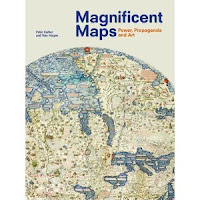 Magnificent Maps: Power, Propaganda and Art
Peter Barber, British Library, 2010
NOTE FROM MAP MONKEY:  This book coordinates with the Magnificent Maps Exhibit that I wrote about in my blog posting http://geographer-at-large.blogspot.com/2011/01/magnificent-maps-snow-taxi-cabs-road.html 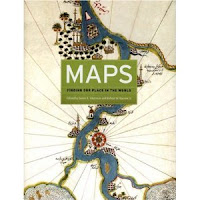 Maps: Finding Our Place in the World
James Akerman, University of Chicago Press, 2007 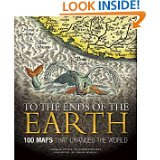 To the Ends of the Earth: 100 Maps That Changed the World
Jeremy Harwood, David and Charles, 2006 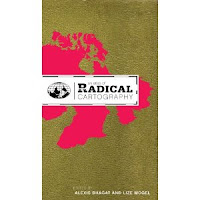 
Seeking Spatial Justice (Globalization and Community)
Edward Soja, University of Minnesota Press, 2010
The Point Is To Change It: Geographies of Hope and Survival in an Age of Crisis (Antipode Book Series), Noel Castree, Paul Chatterton, Nik Heynen, and Wendy Larner
Wiley-Blackwell, 2010
NOTE FROM MAP MONKEY:  I haven’t read this one, but it is definitely on my to-do list for the summer!  I’ve heard good things about it, and the all-star author list is impressive (well, in geography circles, anyway!). 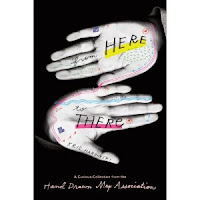 From Here to There: A Curious Collection from the Hand Drawn Map Association
Kris Harzinski, Princeton Architectural Press, 2009 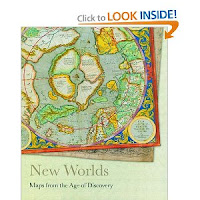 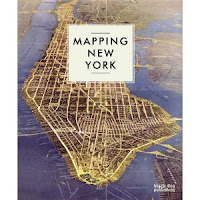 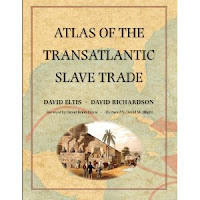 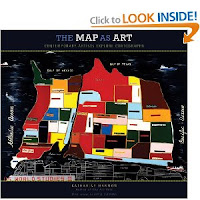 The Map as Art: Contemporary Artists Explore Cartography
Katherine Harmon, Princeton Architectural Press, 2010
NOTE FROM MAP MONKEY: This is the new book by the author of You are Here: Personal Geographies and Other Maps of the Imagination, (see first section, above). 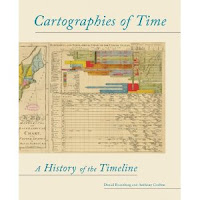 Cartographies of Time: A History of the Timeline
Anthony Grafton and Daniel Rosenberg, Princeton Architectural Press, 2010 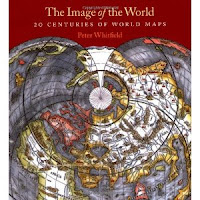 The Image of the World: 20 Centuries of World Maps
Peter Whitfield, British Library, 2010
NOTE FROM MAP MONKEY:  Whitfield also wrote “Newfound Lands: Maps in the History of Exploration,” a very excellent book, as well as “London: A Life in Maps,” and “Cities of the World: A History in Maps,” among others.
Posted by Map Monkey at 8:33 PM